CDL to transformed its Central Mall Properties, along with North Gaia development

CDL announced plans to transform its Central Mall properties and surrounding areas into a large-scale mixed-use communit, together with the latest Yishun North Gaia EC.

This follows the $315 million purchase of Central Square. It is located at 20 Havelock Road. Central Square is a 99-year leasehold residential or residential development. The lease is still valid for approximately 72 years.

It also includes commercial space and residential services, including offices and retail units. The floor plans are well-liked by Singaporeans. 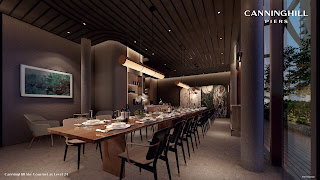 CDL had previously signed an option for put-and-call agreement to buy it from DBS Trustee for $313.2million and OPH Riverside's reversionary leasehold interests for S$1.8million.

An incentive payment of up to $18 million is included in the deal. However, this payment must be made by December 31, 2023. This includes receiving planning approval for residential areas.

CDL will develop all the sites in the Urban Redevelopment Authority's Strategic Development Incentive scheme (SDI) when the Central Square acquisition is completed.

The Outline Permission for renovation of existing sites to a mixed use project allows hospitality, commercial, and serviced apartments units. This could increase the gross floor area (GFA), by 67% to 735,000.500 sq ft, relative to the 441,650 sq ft currently in place.

CDL will work closely with the authorities to increase the potential for the redevelopment plan, and possibly include the residential part.

CapitaLand Development and the company are currently renovating Liang Court together to make it an integrated project.

It will comprise six96 units CanningHill Piers and CanningHill Square, which include F&B outlets and retail outlets. The hotel has 475 rooms and is managed by Moxy, a brand of Marriott International. A 192-unit serviced apartment has been licensed through Somerset.

CDL also began the process of redeveloping the Fuji Xerox Towers at the 80th Floor of Anson Road, as part of the CBD Incentive Scheme.

The proposal for redevelopment would include a mixed-use project of 45 stories.

The authorities must approve. % is reserved for retail and office use, with 35% being residential and 25% going to serviced apartments units. The completion of the residential section, which consists approximately 256 units is expected to take place in 2H 2022.

CapitaLand Integrated Commercial Trust administrator (CICT), announced on Dec. 3rd that it had purchased two Class A Office buildings in Sydney, Australia, for A$330.7 million ($330.7 million).

North Gaia owns a land area of 60,240 square meters with a maximum GFA rate of $576 per square foot ppr up 600 units, by developer Sing Holdings.

CLA Real Estate Ltd to buy units in trusts that include the buildings 66 Goulburn Street and 100 Arthur Street. These are Grade A office buildings in Central Business Districts of Sydney (CBD).

These acquisitions are the first CICT entry into Australia, as well as the second to its overseas developed market after Germany.

The trusts' adjusted net asset value (NAV), which takes into account the mutually agreed property amount of A$672.0million, adjustments, assets, and total liabilities, is used to calculate the total amount.

The acquisitions of CICT will cost approximately A$381.0million, subject to any adjustments made for completion.

On the basis of 1HFY2021’s annualised DPU, it is expected that the acquisition will increase distribution for each unit by 3.1% or 10.54 cents.

The 24-story building at 66 Goulburn Street in Sydney's CBD, is a Grade A office building with retail spaces and an underground parking garage.

100 Arthur Street is a Grade A office building of 23 stories with retail space. It is located in North Sydney CBD. It was renovated extensively from 2019 to 2021, at a cost of $17million.

Both properties can be accessed easily by public transport, giving it a desirable location especially in Yishun.

Teo Swee Lian is the chairman of the manager and says that this acquisition is an "opportune time for CICT make its debut in Australia", regardless of the Covid-19 issue.

"In particular, Sydney is experiencing major revitalization and developments that align with the government’s goal to become a major innovation and technology hub in the region. She says that the acquisition will allow CICT establish a presence Australia, which is one Asia's most developed market. It will also open CICT up to opportunities to boost its growth."

Roxy-Pacific Holdings, a Singapore-listed property firm, sold 61 of the total 137 units in Mori on Dec 4th at 6pm. This represents a total of 45% in sales for the development. This project involves the renovation of 15 terraced houses located in District 14's eastern section at Jalan Molek and Guillemard Road. 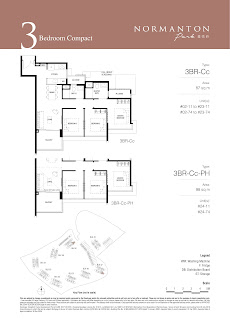 The Housing and Development Board (HDB) awarded the tender to North Gaia Sing Holdings developer.

According to Teo Hong Lim, chief executive officer at Roxy-Pacific, the average unit price is between $1,680 and $2,000 per square foot. Most buyers are couples, singles, and investors. Teo estimates that 90% are Singaporeans.

Lee Sze Teck, who is Huttons Asia's director of senior management as well as head of research, stated that such units "serve the needs of both singles and younger families." He credits the development's pricing and unit mix for the sales success. He adds that it is rare to find a large-scale undertaking in the Guillemard area. The majority of developments in the area are small apartment blocks or condominiums that have fewer than 100 units. The prices are closely near to North Gaia EC benchmark price, and for whoever wants to visit the showflat may arrange for the appointment at their official website.

TSky Development reports that three units have been reserved in the District 9 39-unit Cairnhill 16 as of yesterday, Dec 4, 2007. TSky Development has released 14 units for sale in the initial phase.